The 2020 Election: Implications for Tax and Estate Planning 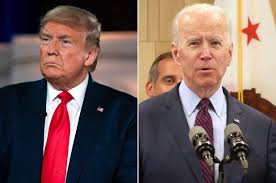 Planning for changes to the estate tax and the valuation discount for small businesses can be challenging. Here’s how to take advantage of them now.

Trying to anticipate changes in the tax codes is like trying to time the stock market—a nearly impossible task. Most tax pundits guessed right, when they said that President Trump was going to cut corporate tax rates in 2017, but the doubling of estate and gift tax exemptions to more than $23 million was a surprise. So was the elimination of deductions for state and local taxes, as reported in The New York Times article “2 Strategies to Consider Ahead of the 2020 Election.” Chicagoland estate planning lawyers are wrestling with the same uncertainty as another election looms.

With a presidential election coming up this fall, the challenge of predicting the impact of changes that may affect taxpayers and their estate planning has already begun. Candidates are talking about big changes, like health insurance, climate change and infrastructure. They are also talking about changes to wealth tax, but what no one has covered yet are changes like lowering exemptions and raising rates for estate and gift taxes and ending the valuation discount for closely held family businesses. This is a tax break that lets families transfer their businesses for far less than they are worth.

This valuation can impact any small business that owners expect to transfer to heirs. The current exemption levels for estate and gift taxes are so high now, that this tax only applies to very few people. However, if the exemption levels and tax rates change, that could become a problem for business owners.

The estate tax is now in effect until 2025, with exemptions at $11.58 million for an individual, and  double that amount for a couple. Everything above that is taxed at a rate of 40%. Lowering the exemption and increasing the tax rate are on some candidate’s agendas, both to raise revenue and address income inequality.

The estate tax is a big target. This is because if the exemption were lowered, it would generate a good amount of income, and impact a relatively small group of Americans. The likelihood of this happening will depend on election results, both at the presidential and congressional levels.

The months before the election occurs may be a good time to take advantage of the high tax exemptions and valuation discounts, just in case they change. This would let business owners pass more of their wealth to heirs free of tax, and could also settle some business issues now, not later, when the owners die.

However, identifying short and long-term goals should be done before making any significant decisions. In some states, like Connecticut, it may not be necessary to plan so aggressively, because the state’s estate and gift tax exemptions are lower than federal ones. It should be noted, however, that the exemptions are set to become equal in 2023.

Eliminating the valuation discount had been proposed by the Treasury Department and the IRS under President Obama, when these discounts were seen as being overly generous. A few months after taking office, President Trump issued an executive order for the Treasury to withdraw the regulation to eliminate the discount. However, the statute is still on the books and could be easily reinstated.

This is an example of the importance of reviewing estate plans on a regular basis and creating estate plans that have enough flexibility to withstand change. Speak with your Chicagoland estate planning lawyer to ensure that your estate plan is prepared, whatever the results of the 2020 elections may be.