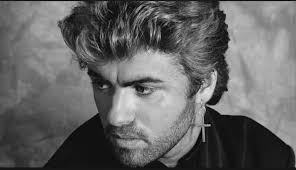 George Michael's late younger sister Melanie Panayiotou's share of the massive fortune she inherited from her legendary brother will be donated to charity, keeping in tune with the singer's generosity during his lifetime.

One of George Michael’s sisters, 55-year-old Melanie Panayiotou, was found dead on Christmas Day, exactly three years after her brother died at his home in Goring-on-Thames, Oxfordshire at aged 53.  She took steps to make sure that George Michael’s charity work would continue, however.

London’s Metropolitan Police said in a statement that emergency services were called to a home in north London, due to “reports of the sudden death of a woman, aged in her 50s.”

The Wealth Advisor’s recent article, entitled “George Michael’s sister Melanie donated her share of $128m inheritance to charity before her death on Christmas,” said that George had left most of his $128 million fortune to Melanie and his other sister, Yioda.

Sources say that the former’s share will be donated to charity. George was active in LGBT causes after coming out as gay in 1998 and was also very involved in numerous HIV/AIDS charities.

George began his philanthropy in 1984, when his fame started to grow. He joined together with other British and Irish pop stars to form ‘Band Aid’ to raise money for famine relief in Ethiopia. Michael also donated the proceeds from his 1991 single “Don’t Let the Sun Go Down on Me” to 10 different charities for children, AIDS and education. He was also a patron of the Elton John AIDS Foundation.

In 2003, George joined other celebrities to support a campaign to help raise $26.3 million for terminally ill children run by the Rainbow Trust Children’s Charity. He also famously gave $20,000 to a ‘Deal or No Deal’ contestant for IVF treatment and $33,000 to a debt-ridden woman crying in a café.

After his death, numerous charities revealed he had privately supported them for years.

“George’s family share his caring spirit,” the source told the Sun, speaking about Melanie’s donation of her inheritance. “Knowing that some good is going to come out of this double-tragedy has provided a small amount of comfort.”

Melanie, who was a hairdresser, traveled around the world with her brother George during the peak of his music career and was said to be devastated over his death.

While her cause of death has not yet been revealed, Melanie is expected to be buried at the Highgate Cemetery next to her brother. Their mother was also buried in the same location.

We are used to reading about philanthropy by millionaires and billionaires, but every family can use their estate plan to take steps to promote causes that are important to them.  Talk to your local estate planning attorney here in Naperville to find out how.

Facebook
Twitter
LinkedIn
PrevPreviousThree Surprising Estate Planning Tips
NextDo You Want to Decide or Do You Want the State to Decide?Next