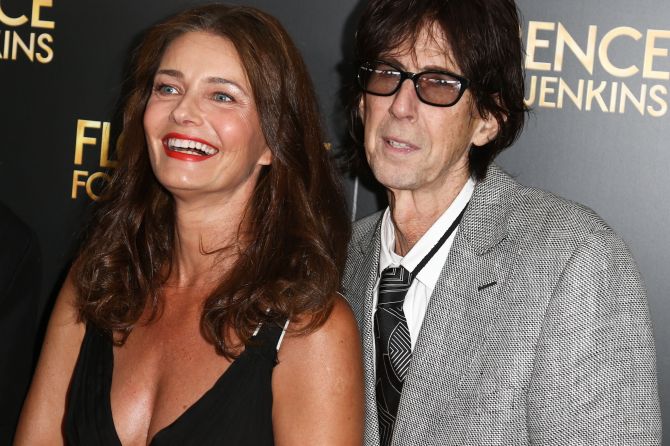 “Late Cars’ singer Ric Ocasek cut his estranged, supermodel wife out of his will, claiming that she ‘abandoned’ him, the now-public document reveals.

The language in the will was very clear, according to the article “Cars singer Ric Ocasek cuts supermodel wife Paulina Porizkova out of will” from Page Six. There was no provision for his wife Paulina, since they were in the process of divorcing. He added that even if he died before their divorce was finalized, she was not to receive any elective share “… because she has abandoned me.”  But the real story is that Ocasek wisely utilized trusts to avoid probate.

It was Porizkova who found Ocasek’s body in September, while bringing him coffee as he recovered from recent surgery. The couple had two sons together and had called it quits in May 2018, after being married for 28 years. They met on set during the making of the music video for the Cars’ song “Drive.”

A filing with Ocasek’s will stated that his assets included $5 million in copyrights, but only $100,000 in tangible personal property and $15,000 in cash. The document did not detail the copyright assets.

That may seem like a small estate for someone with Ocasek’s fame. However, an attorney who examined the document told The New York Post that it was likely the Cars’ frontman probably had more assets protected through trusts.

Like other high-profile performers who have considerable assets and who are savvy about finances, it’s possible that he has many millions of dollars. However, they will not pass through probate because they were properly planned for. That is why people use trusts to avoid probate, especially when they are public figures.

It’s possible that the sons who were left out of the will were compensated through other means. There may have been trusts set up for them, or life insurance proceeds.

The document indicates that the will was signed on August 28, less than a month before his death.

Ocasek died of heart disease on September 15. He also suffered from pulmonary emphysema.

Mario Testani, his friend and business manager, is named as the executor.

The advance planning is a lesson in how trusts and other estate planning methods can be used to maintain an individual’s privacy, even if their other assets pass through a will.

Facebook
Twitter
LinkedIn
PrevPreviousWorse Than A Pack A Day: Social Isolation Of Seniors Is Dangerous
NextWhat is an Executor?Next